Why Triple Pane Windows from BIEBER?

New homes and new commercial buildings are featuring larger and larger glass areas. While spectacular, they can be uncomfortable when temperatures plummet. They are uncomfortable for two reasons:

The innovation award “Glassex Best of Show Award 2009” by the international exhibition Glassex / GP&T was just awarded to Interpane Glas Industrie AG for their new triple insulating glass Biplus 3CL. Interpane accepted the award from James Cower (Group Exhibitions Director – EMAP.) at the trade fair in Birmingham (UK). Due to the combination of excellent heat insulation (Ug-value) and a high total energy transmittance (g-value) Biplus 3CL absorbs more energy than it releases to the outside. The results of that are considerable solar energy gains.

Triple glazing has been successfully used for some years now in new passive and low-energy houses, where high-insulation components are indispensible. A weak spot, however, has always been the low total energy transmittance, which used to limit the solar energy gains. Interpane just solved this problem with their new Biplus 3CL.

The Glassex / GP&T exhibition is the most important event for the door, window, and conservatory industries in Europe, in turn attracting visitors from all over the world. Interpane had the honour of accepting the “Glassex Best of Show Award 2009” for the best new glass product. The intelligently balanced product properties of the triple glazing Biplus 3CL convinced the jurors: Due to the optimised heat-mirror coatings, it reaches a superb insulation value of up to 0.5 W/m²K, in addition to an above average total energy transmittance of 55 per cent at a light transmittance of 72 per cent. Solar radiation can thus penetrate the glass easily. The heat, however, cannot escape: The use of heat-mirror coatings in the triple glazing keeps the heat inside the room just like a well-insulated solid brick wall. It also convinces by means of its colour neutrality (Ra, D = 96). 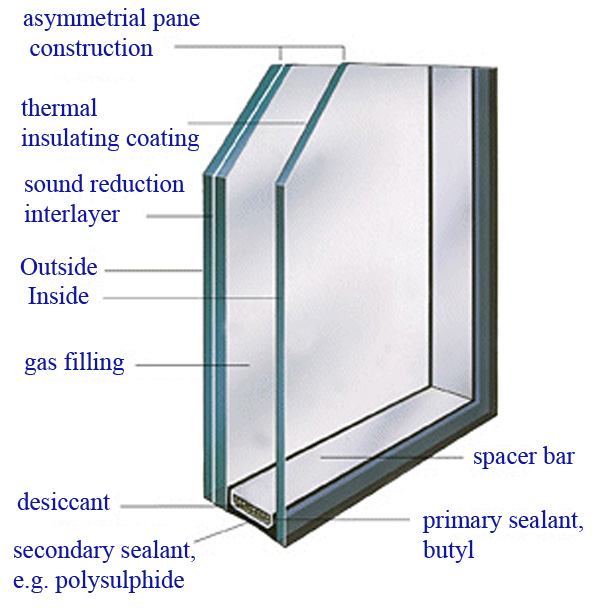